T is for Tardigrade 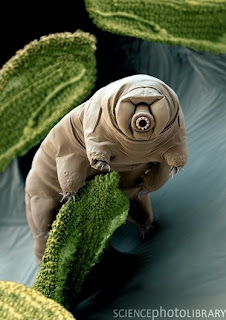 Before you freak out at the picture, let me make this statement first: the Tardigrade is the most incredible animal in the entire world.

If you can't get past the creepy sucker-like face, the tardigrade is also called a water bear. Because it kind of looks like a gummy bear? I don't know. But the tardigrade is closely related to arthropods, including bumble bees and lobsters.

It can survive:
- temperatures as low as −273 °C (−459 °F, close to the lowest temperature possible when all atomic activity stops), or temperatures as high as 151 °C (304 °F)
- 1000 times more radiation than ANY other animal. In their dehydrated state, up to 6,000 Gy (Grays) of gamma ray radiation. For references, 5-10 Gy are lethal to humans.
- up to 10 years without water
- being almost completely dehydrated. The tardigrade is composed of 85% water, more proportionally than humans are, but it can survive being dehydrated. Then rehydrated. And go along its merry way.
- toxins
- the vacuum of space. If you were to step outside a spaceship in orbit, your lungs would expand in a matter of seconds, and you would explode. (Remember that scene in Event Horizon?)

So, the tardigrade can survive almost any environment, from the hottest of the hot to literally coldest of the cold. But this is where it lives: 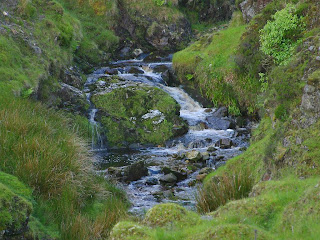 Yep. Eating moss.
Posted by Renee Silvana at 5:32 AM 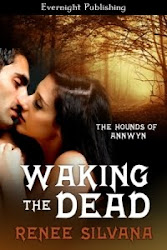